Martyn Hill is one of the most distinguished international tenors of his generation, known as an opera singer, concert and oratorio soloist, and recitalist. He has sung with many of the world’s leading orchestras and his wide concert repertoire ranges from Messiah and the Evangelist in the Bach Passions, to Mendelssohn’s Elijah, Elgar’s The Dream of Gerontius, Berlioz’s La Damnation of Faust and Verdi’s Requiem. He regularly performs the works of Benjamin Britten, and performances include War Requiem with the Sydney Symphony Orchestra and Edo de Waart and the Los Angeles Philharmonic and André Previn, Spring Symphony with the Hallé Orchestra and Kent Nagano, Les Illuminations with l’Orchestre de la Suisse Romande and James Loughran, and the Serenade for Tenor, Horn and Strings with the Israel Chamber Orchestra and Armin Jordan. He has recorded the Serenade with the Royal Philharmonic Orchestra and Vladimir Ashkenazy, and Les Illuminations, the Serenade and the Nocturne with the City of London Sinfonia and Richard Hickox.

Recitals include the complete song cycles of Sir Michael Tippett in London’s Wigmore Hall in the presence of the composer on his 90th birthday, followed by a recording of the same repertoire for Hyperion, and Schubert’s three song cycles Die Schöne Müllerin, Winterreise and Schwanengesang in London’s St John’s Smith Square on consecutive days. He has given staged performances of Winterreise in Paris, Berlin and London and has performed Hans Zender’s arrangement of the work in Frankfurt with Ensemble Modern.

Martyn Hill is a fine exponent of contemporary music and performances have included Schoenberg’s Von Heute auf Morgen with Boulez and the Ensemble Intercontemporain in Vienna, Lutoslawski’s Paroles Tissées in Wroclaw conducted by the composer, Nono’s Il Canto Sospeso with Metzmacher in Salzburg, Holliger’s Erde und Himmel in Lucerne and Zurich conducted by the composer, Luigi Nono’s Prometeo in Berlin and New York with the Berlin Philharmonic Orchestra conducted by Claudio Abbado, and Carter’s What Next? with Ensemble Intercontemporain and Kent Nagano in Paris. He gave the world premieres of Elliott Carter’s In sleep, in thunder with the London Sinfonietta and Oliver Knussen, a work he has since performed in Berlin and Vienna with Ensemble Modern, Sir John Tavener’s Fall and Resurrection in St Paul’s Cathedral broadcast on BBCTV, and in 2009 the world premiere of Kagel’s last work In der Matratzengruft in Munich with MusikFabrik and subsequently in Dresden, Brussels and Bratislava.

He has recorded for EMI, Hyperion, Chandos, Harmonia Mundi, Erato Disques, Vanguard and Virgin Classics. Recordings include Herbert Howells’ Missa Sabrinensis with the LSO and Rozhdestvensky, Bach’s St Matthew Passion with the Choir of King’s College, Cambridge, Frank Martin’s In terra pax with the LPO and Matthias Bammert, Stainer’s Crucifixion with the BBC Singers, and songs by Percy Grainger for Chandos Records. He has recorded Stravinsky’s Threni, the title role in Oedipus Rex, and the Fool in Schoenberg’s Gurrelieder all conducted by Robert Craft for New World Records. Opera recordings include Emilio in Handel’s Partenope, Noctambule in Charpentier’s Louise, the Teacher in Shostakovich’s Lady Macbeth of Mtsensk conducted by Mstislav Rostropovich, and Red Whiskers Billy Budd conducted by Kent Nagano. 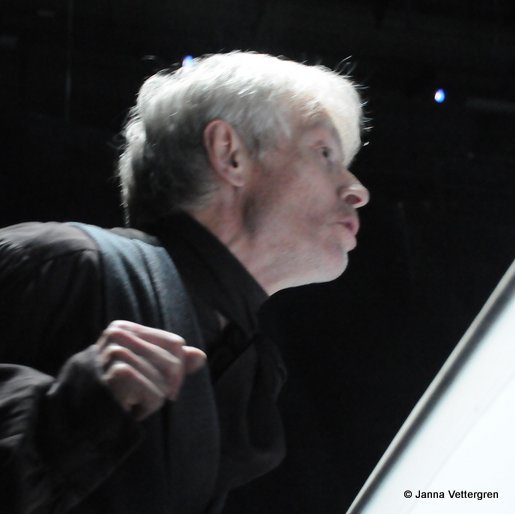